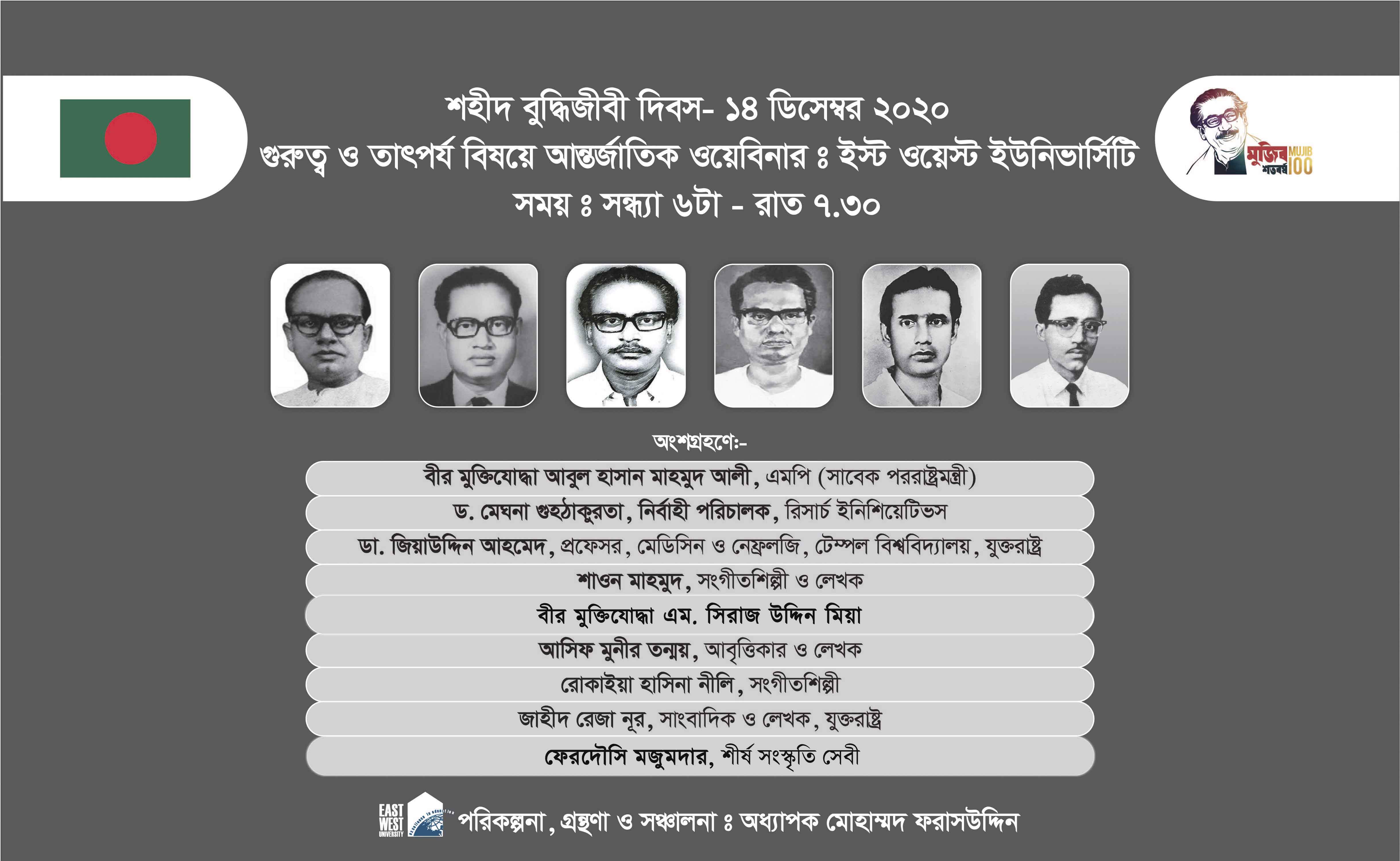 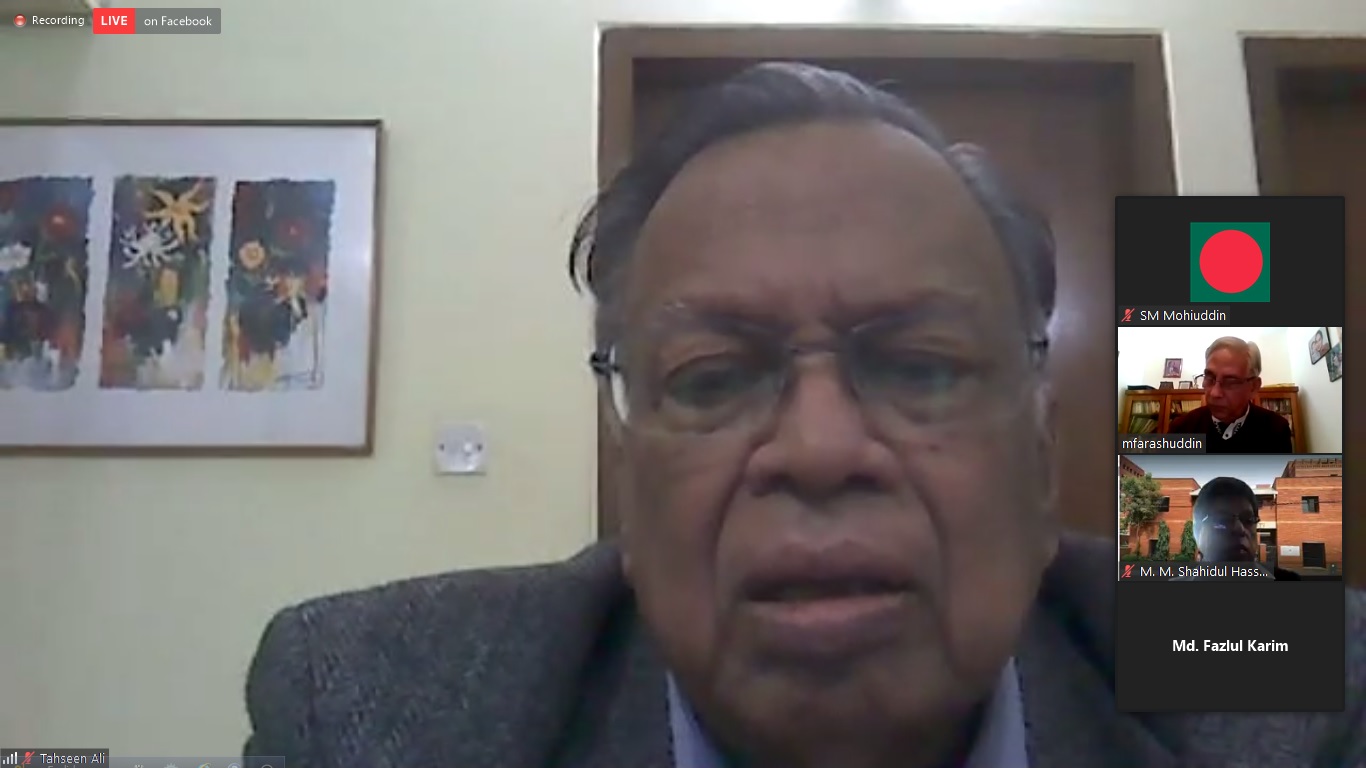 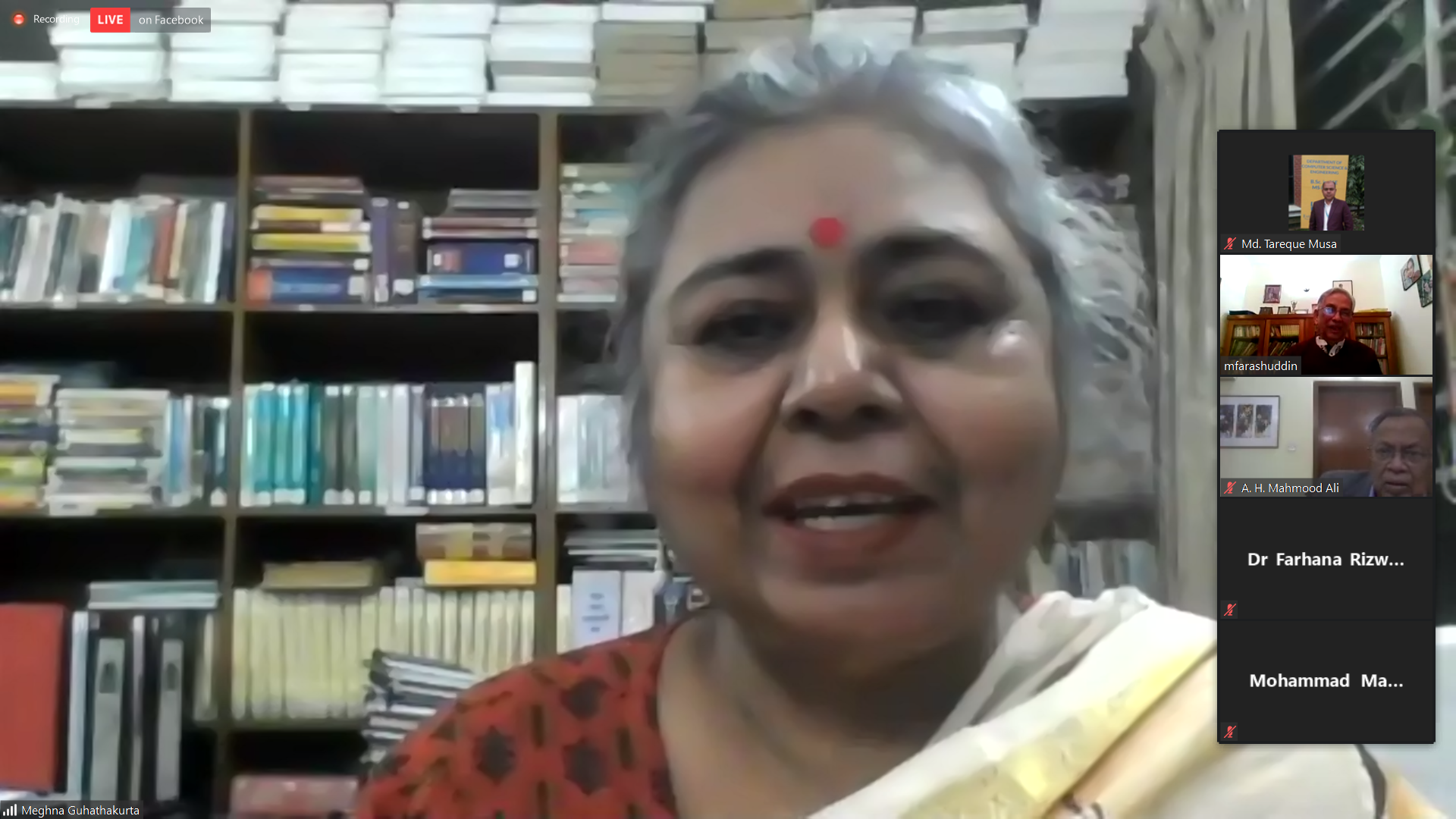 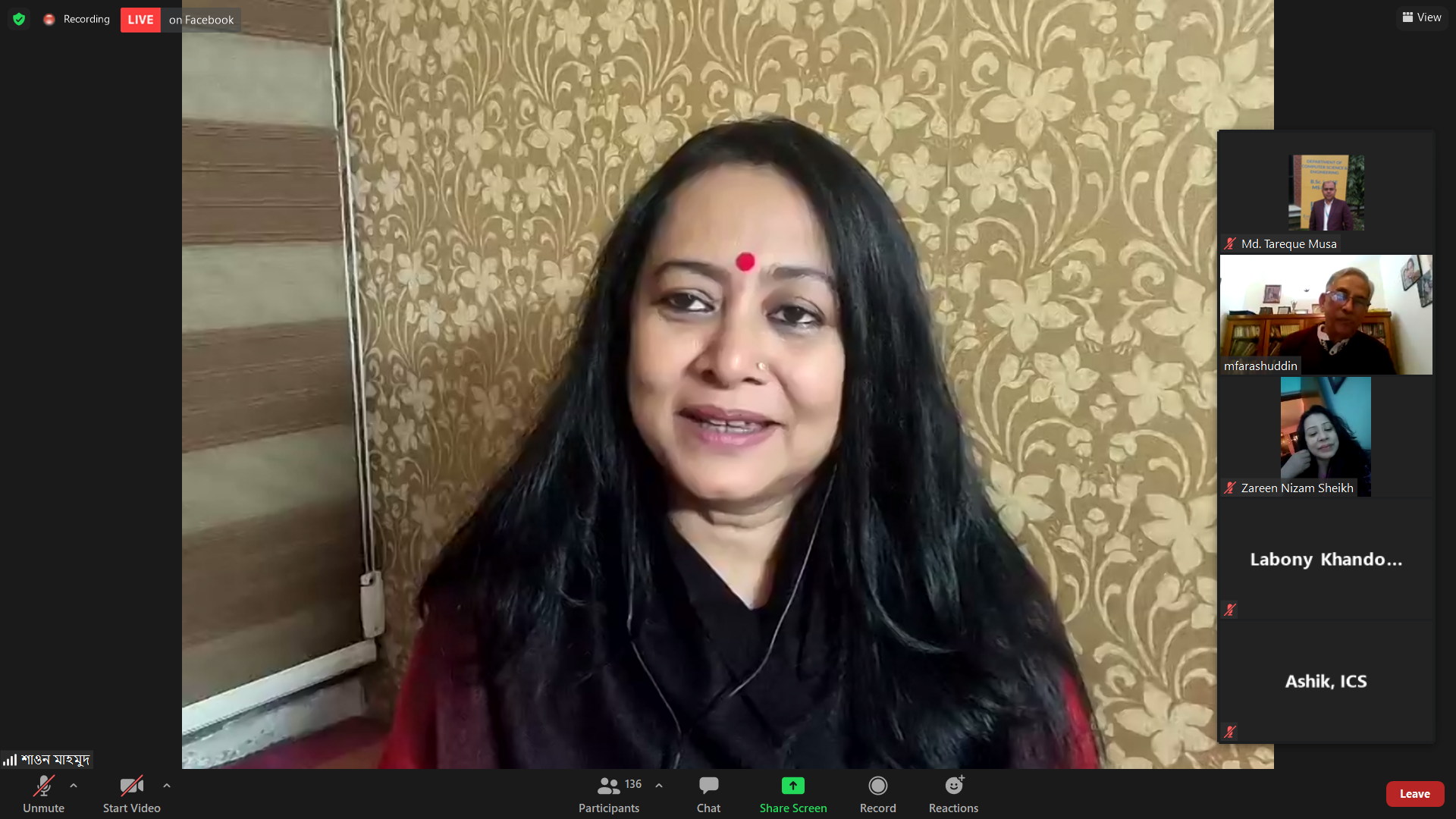 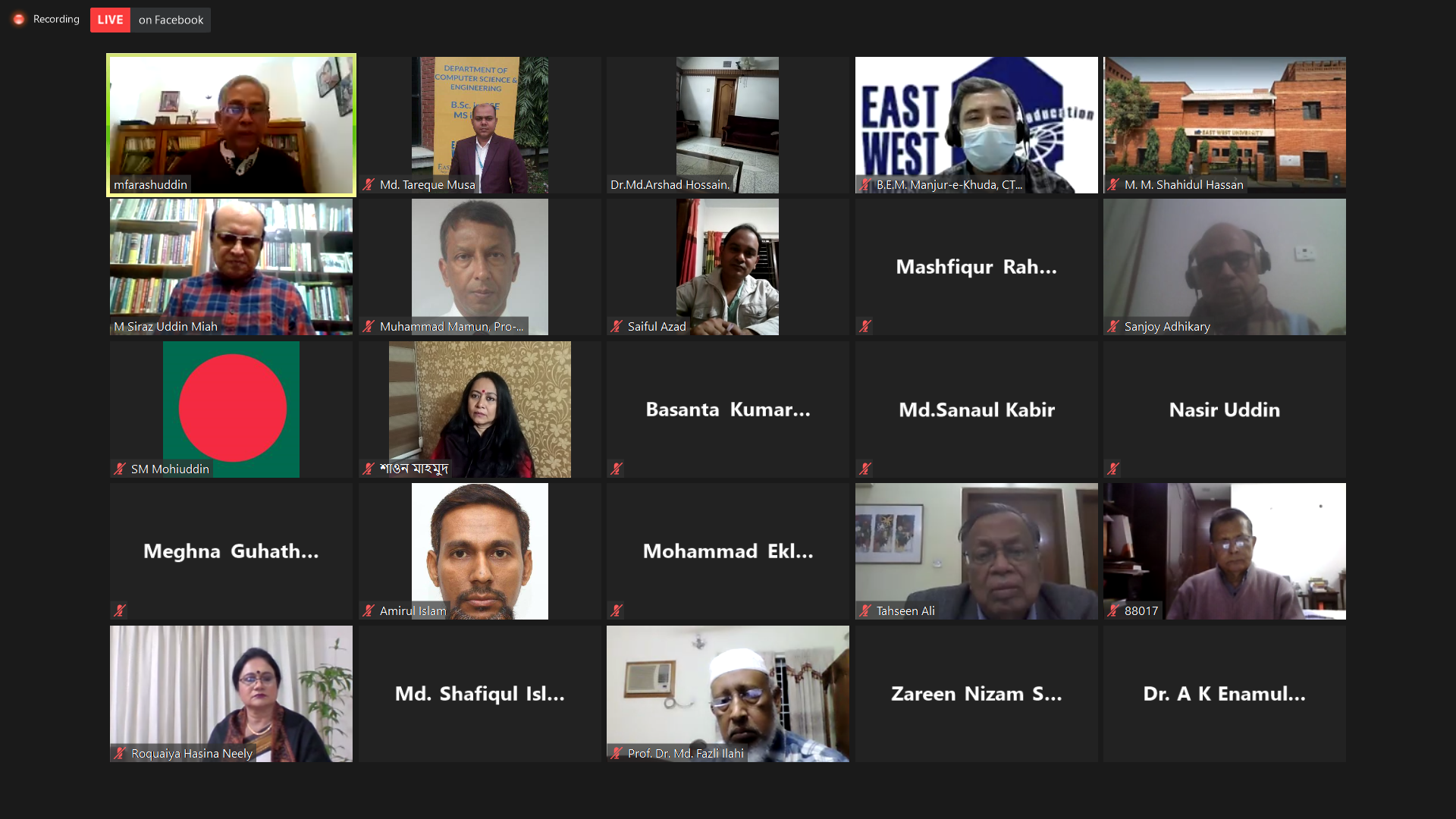 East West University (EWU) organized a webinar on 14th December 2020 to observe the "Martyred Intellectuals Day". The speakers of the webinar expressed their profound respect to the martyred Intellectuals for their supreme sacrifice for our beloved motherland. The speaker stated that the intellectuals served the country with deep patriotism, courage and honesty. Their only vow was the welfare of the country and countrymen. And that's why the intellectuals had ruthlessly martyred by the Pakistani forces and their local collaborators. The speakers urge to build a non-discriminatory country which was the dream of the martyred intellectuals. The speakers said these in an online seminar (Webinar) which was conducted by Professor Dr. Mohammed Farashuddin, Chief Adviser of EWU and a former Governor of Bangladesh Bank.

Visit for Recorded Video of this Program.

Webinar on “Reflecting on Classroom Interaction in the light of Dialogic Principles: Food for though...

A Research Webinar Arranged by the Department of GEB

Department of Social Relations, EWU organized a webinar on, “The Second Wave of COVID 19: Overview o...