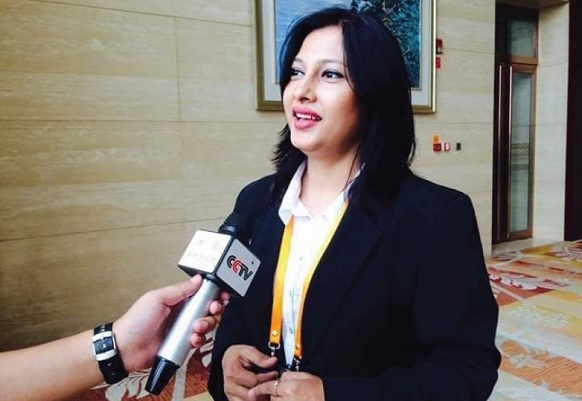 Dr. Dilara Begum, Associate Professor and Chairperson of Department of Information Studies and Library Management and Librarian (In-charge) in East West University, has been elected as the IFLA Professional Division Committee Chair for 2021-2023. This is the biggest achievement in the history of Library professionals of Bangladesh. It is worth mentioning that only IFLA officers can be elected for this position and Dr. Dilara Begum has been working as one of IFLA officers since last few years. The IFLA’s new governance structure are the eight new Professional Division Committees and Dilara Begum is one of the Chairs of these Professional Division Committees which will lead officers of 6-8 professional units for the next two years. After being elected as the Chair, Dr. Dilara Begum in an instant reaction said that as a manager of an academic library as well as Chairperson of the department of Information Studies and Library Management, she strives to provide service excellence in every way. Mentioning that she has been engaged with IFLA since 2006, Dr. Dilara said she has executed a remarkable accomplishment in her library as well as for LIS professionals in South Asia. “I believe that professional bodies are the highest authorities who can collaborate globally and make ways for the future professionals. To make an innovation, an individual needs collaboration work and I am strongly realizing that engagement with IFLA will help me in new inventions, which I always quest for, she said.

Dr. Dilara Begum has been making an outstanding contribution to the LIS fields and IFLA and serving in diversified leadership roles, including elected Secretary, IFLA Information Literacy Section, Standing Committee Member of IFLA Management and Marketing Section, Information Coordinator of IFLA Asia and Oceania Section, Standing Committee member of the European Conference on Information Literacy (ECIL), General Secretary, DLNetSA, Country Coordinator of Information Literacy Consortium sponsored by UNESCO, elected Senior Vice President and Women Affairs Secretary of Library Association of Bangladesh (LAB) from 2009-2014, President (Acting) of Library Association of Bangladesh (LAB) in 2011. In 2014, she has attended the International Visitor Leadership Program funded by the U.S. Department of State’s Bureau of Educational and Cultural Affairs (ECA) premier professional exchange program as foreign leader and scholar for meeting American colleagues and become better acquainted with the United States, its culture, and its people. She is considered as one of the pioneers of Digital Library building in Bangladesh and as well as an international expert on the mentioned field. She has been awarded the prestigious award, “Prof. Indira Parikh 50 Women in Education Leaders” on July 5, 2018, in Mumbai at the World Education Congress recognizing her contribution to education.